On Friday 29th October 2021, the postnovitiate community Michael Rua of Kabgayi celebrated their community patron. The festivities started with the Eucharistic celebration presided over by Fr Raymond Bavumiragiye sdb, vicar of the provincial of AGL. and concelebrated by Fr Anaclet Munyankindi, community director and Fr Sinaize Bigirimana, vicar. Since 2002, the community of Kabgayi Scholasticate has been dedicated to the blessed Michael Rua, the first successor of Don Bosco and the confreres have been urged to imitate him. In his homily, based on the readings of the day, especially on the gospel (Mark, chapter 10), Fr Raymond called the salesian family of Kabgayi to detach themselves from worldly pleasures like St John Bosco. He stated that St John Bosco had understood the message of this Gospel well; he spent his entire life for the glory of others; he gave what he had for the wellbeing of the young people especially those most in need. Don Rua, too, had understood this gospel, because he practiced what he got from Don Bosco.  He was seen as the “living rule” because of his austere fidelity, yet he also displayed a fatherly spirit that was capable of great thoughtfulness, so much so that he was known as “the king of kindness.” Therefore, this rich man (Mark, chapter 10) could be you or me, fortunately we have Don Bosco and Don Rua as our role models. We have the duty to imitate their virtues, to love Mary Help of Christians like them in order to overcome the challenges and tribulations. The challenges are there but through the intercession of Blessed Michael Rua, and depending on how you are able to uphold your own identity and what you learn from Him as your patron saint, you will be able to go miles,” the vicar added. Before the concluding blessing, our director thanked Fr Raymond for honoring the invitation. In his concluding words, Fr Raymond, too,  thanked our Director for inviting him to preside over the mass. He urged the postnovices to work hard in confronting philosophical studies and growing in their salesian vocation. He continued to wish him and our confrere Jean Paul Ngendakumana a happy birthday as they were celebrating their birthdays. After mass, the celebrations continued with the sharing of the meal. The feast of our patron ended in a joyful mood. 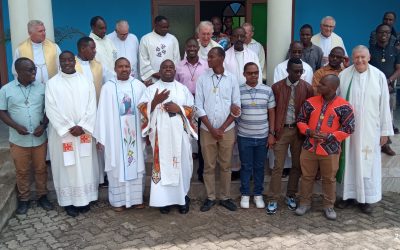 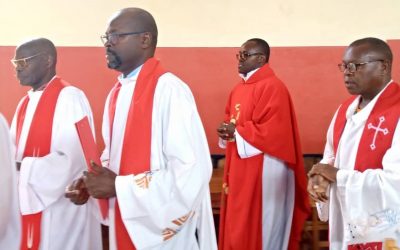 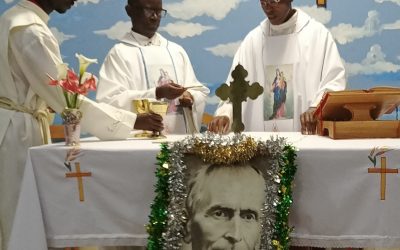 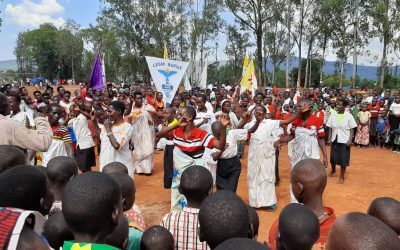 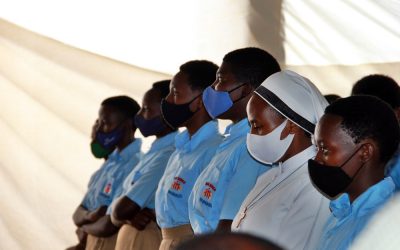 START OF THE SCHOOL YEAR AT DON BOSCO MUHAZI TVET