On January 10th, 2021, the AGL Provincial Community organized a birthday party for Brother Hubert Twagirayezu, the Director of Planning and Development Office (PDO), who is also the Provincial Economer of the Africa of the Great Lakes Vice-Province (AGL).
The birthday celebration was attended by PDO staff, the provincial administration and the members of the Salesian community of the provincial house as well as two brothers from his family.
Many of Brother Hubert’s confreres could not attend since gatherings of many people are prohibited as part of the measures in place to contain the spread of the COVID-19 epidemic.
It was a joyous day as there was a sharing birthday meal and time for brotherly discussion among members of the Province.
At the event, Brother Hubert was presented with a gift from his staff ; this shows that there is a good relationship between the leadership and staff team
In his opening remarks Father Raymond Bavumiragiye, as the Director of the Provincial Community, explained that celebrating Brother Hubert’s birthday is to show him that he belongs to a caring family.
Brother Hubert said “I am telling you the truth : “I am happy with the life I am living as a confrere in the congregation of the Salesians.”
“As we work to improve the lives of our beneficiaries, I am proud of the way we work with others and what we are achieving,” he added.
Brother Hubert noted that the PDO team that he heads is doing the job wholeheartedly, adding “ we all have dreams of reaching far, even if sometimes they are not achieved, but I am happy that the work of helping the young people, especially the poor, as Don Bosco asked us to do has been fruitful up to now.”
Father Pierre Celestin Ngoboka, the AGL Provincial Superior showed gratitude to Brother Hubert Twagirayezu for his efforts and added that having him in the Salesian congregation is a great opportunity for him and the Salesians.
“We would not have known Brother Hubert if he had not been born, so the fact that we know him is a privilege.” father Ngoboka explained.
“So, being alive today is to be thankful to God because he is the one who gives life; we call him the owner of life and therefore God is the one who gave him life and that is why we should be grateful to God,” he added.
Ange de la Victoire Dusabemungu 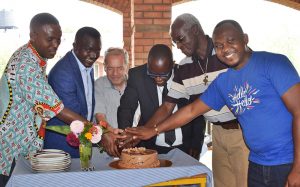 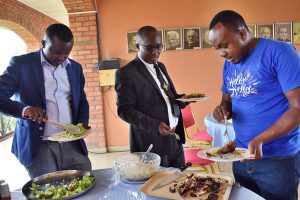 Celebration of the 39th birthday of Brother Hubert Twagirayezu 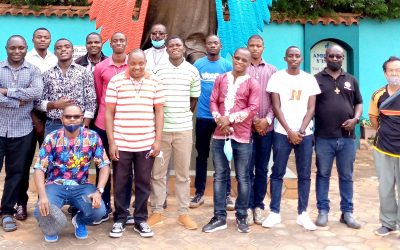 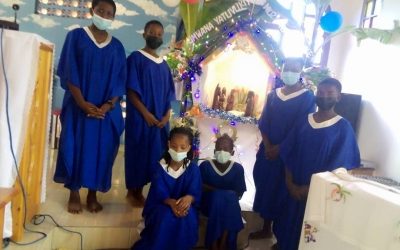 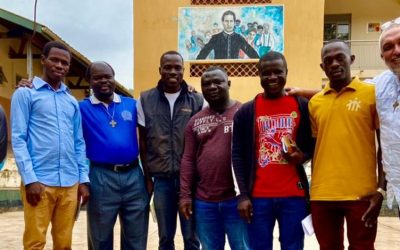 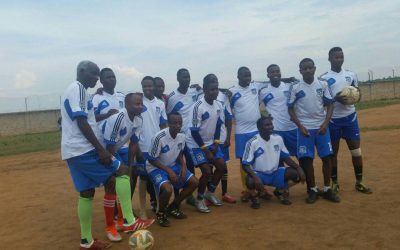 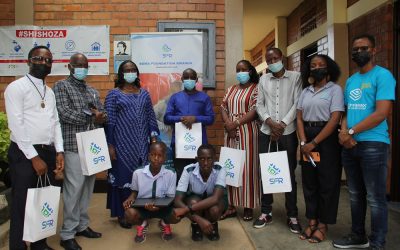 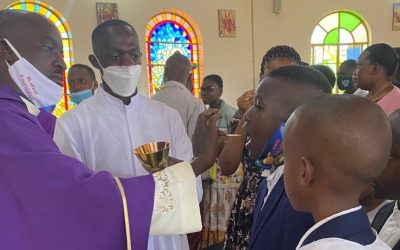