31st  of January is known in the whole church and mostly in the Salesian world to be the feast of St John Bosco.  At Ratisbonne monastery, the Salesian theologate located in the middle of Jerusalem, as a norm also celebrates the feast of our father and founder. In normal days, that is to say without Covid-19, all the religious communities in Jerusalem, the sisters Daughters of Mary Help of Christians, our collaborators, our beneficiaries together with the student community and their professors of UPS Jerusalem campus gather around us for these solemn celebrations. However, this year, just like in other parts of the world, with the 3rd Israeli national lockdown which is yet to be lifted, these great celebrations could not take place. But in a Salesian spirit of creativity, we managed to have a simple but beautiful celebration so meaningful for us, sons of St John Bosco. The day which began with solemn morning prayers was characterized with outdoor games of football which brought all community members out in a spirit of celebration. Later lunch was served and again another come-together moment around tea and coffee and indoor games were the ingredients that made the day more colorful in the afternoon. The day would reach its climax in a very solemn Eucharistic celebration graced by the New Latin Patriarch of Jerusalem, Archbishop Pierbattista Pizzaballa, ofm, the provincial of MOR, Father Leon Mendoza Alejandro Jose,  sdb, and the vice provincial, Father Emmanuel SDB. The well animated mass presided over by the patriarch commenced at 6 pm. In his introductory remarks, Father Stanislaus Swamikannu, sdb, Rector of the house congratulated the patriarch upon his nomination by the pope as the patriarch of Jerusalem, as it was the first time he visited this Salesian house as patriarch. In his homily, the patriarch remarked that since he was preaching to Salesians, he would not pretend to teach them more about Don Bosco; they should be the ones teaching him. However, he reminded them the beauty of the mission of Don Bosco in the church especially today; in these hard times of Corona virus, in these modern times where the youth are devastated, having many challenges and problems and are searching for a meaning of life. He asked that, at the example of Don Bosco, his sons today should help young people find meaning of life. He called on us to be a beacon of hope for the young people today, creating a welcoming environment for them, “Salesians, you are teachers”, he added and you should form these young people; however, not only giving them opportunities in life, but educate them to faith. This is the most important thing today and this means helping them to build a personal and profound relationship with Jesus. The day was concluded by a fine dinner in the house dining, where the patriarch was officially welcomed in the house, received a royal garment from India and a bouquet of flowers from our senior confrere of the house, Father Vernet. Such a simple but beautiful celebration of our father and founder only lived by the confreres of the house was meaningful to us as sons of St John Bosco. 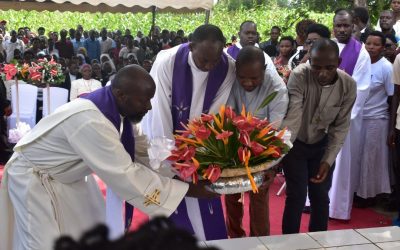 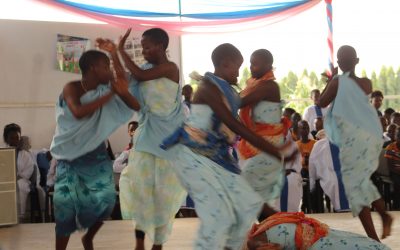 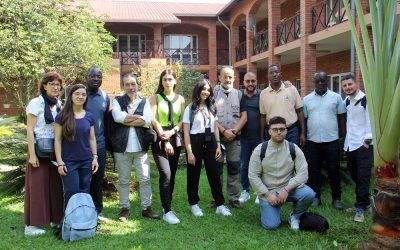 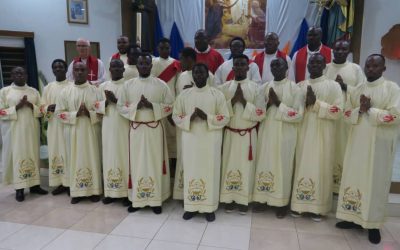 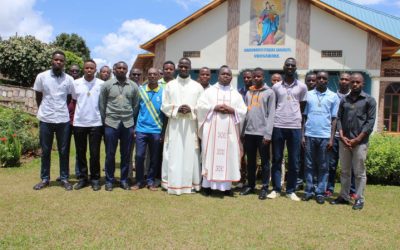 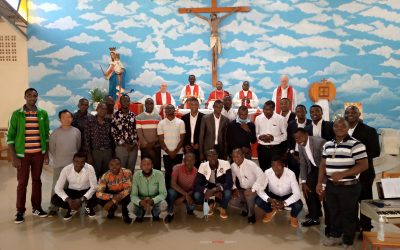